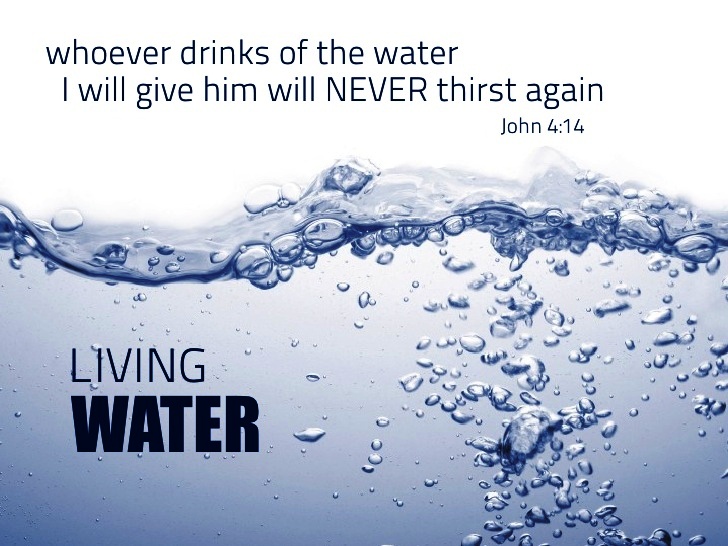 “…Whoever drinks of this water will thirst again…”

JESUS DECLARED THIS TO THE WOMAN AT THE WELL. Her response demonstrates that she didn’t catch the true meaning of His words, for she asked for this water, “that I may not thirst, nor come here to draw.” [John 4:13-15]

Jesus was speaking about spiritual matters, not physical. He was, and still is, drawing those who are thirsting for righteousness to come to Him in faith.

“Blessed are those who hunger and thirst for righteousness, For they shall be filled.” [Matt 5:6]

In another setting, Jesus tells His followers, “Do not labor for the food which perishes, but for the food which endures to everlasting life…” [John 6:27] In similar fashion to the woman at the well, the hearers of this said, “Lord, give us this bread always.” [John 6:34]

This troubled many of the hearers so much that they “went back and walked with Him no more.” [John 6:66] They were stuck on the physical meaning and didn’t see the spiritual.

Jesus was telling the woman at the well, those at Capernaum & us, that we need to feed on, consume His words. The Holy Spirit, through the Apostles, would pick up this reference when He inspired them to write;

The word of God is food & drink indeed in the spiritual sense. Without this nourishment, we shall spiritually perish. This is not new language, God had used similar language when He warned, “That I will send a famine on the land, Not a famine of bread, Nor a thirst for water, But of hearing the words of the LORD.

They shall wander from sea to sea, And from north to east; They shall run to and fro, seeking the word of the LORD, But shall not find it. In that day the fair virgins And strong young men Shall faint from thirst.” [Amos 8:11-13]

The warning is clear, we starve ourselves spiritually when we fail to read & study God’s word. As the disciples would say, “Lord, to whom shall we go? You have the words of eternal life.” [John 6:68]