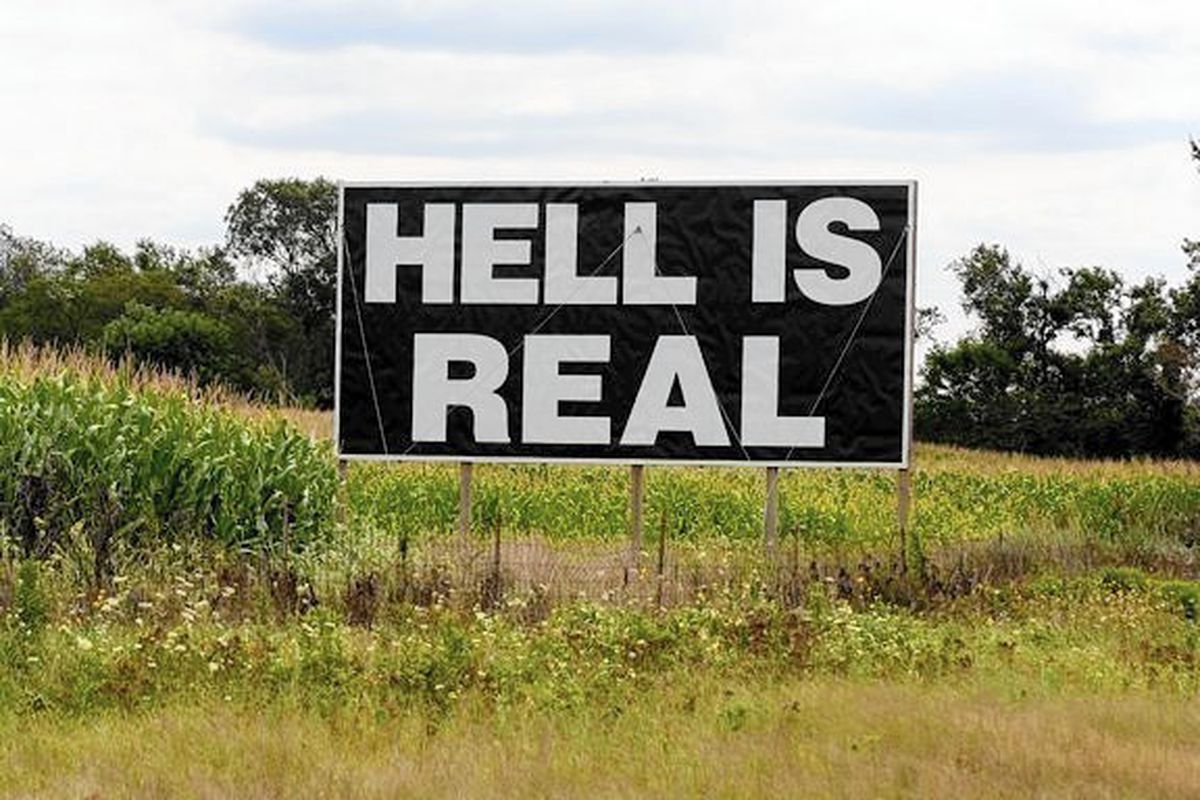 Hell is a serious subject, that is if you believe it’s a REAL place. If, however, you’re one of those who don’t believe hell is REAL, then everything in this article will be ignored.

I HOPE YOU DON’T IGNORE THIS TOPIC. If you do, there are serious consequences to YOU if you don’t believe that hell is a real place.

It matters what one believes as our beliefs drive our actions and attitudes.

WHAT ARE THE FOUR CONSEQUENCES if you don’t believe that hell is REAL?

First, you will have little to no REGARD for the gravity of sin. You have a lowered view about sin and you underestimate the purity of God.

Sin is a direct disregard for God and His sovereignty. There is no sin in God, not one drop.

From the very beginning this lesson is taught. In the garden, when Adam & Eve took of the fruit of the KOGAE tree, they had to be separated from God.

“But your iniquities have separated between you and your God, and your sins have hid his face from you, that he will not hear.” [Isaiah 59:2]

Sin is that bad.

The next thing that begins to change in you is that you will lessen your EVANGELISM.

The magician Penn Jillette, an atheist, said it this way;

“How much do you have to hate somebody to believe everlasting life is possible and not tell them that? I mean, if I believed, beyond the shadow of a doubt, that a truck was coming at you, and you didn’t believe that truck was bearing down on you, there is a certain point where I tackle you. And this is more important than that.”

When we fail to realize the reality of HELL, we fail to take it seriously and fail to warn others about it.

The third consequence is we begin to believe that the lost are simply ANNIHILATED from existence. While this may be palatable to our senses, this too is a mistake.

If we believe in annihilation of the lost, we belittle the justice of God. He has said,

Where is the justice for the rape, murder and every manner of wickedness that man has done to other men?

We have no problem with the idea of Hell for the Hitlers, the rapists and the pedophiles, but we have a problem when it comes to those who sin against God. (I refer you back to the first point.)

“Even as Sodom and Gomorrha, and the cities about them in like manner, giving themselves over to fornication, and going after strange flesh, are set forth for an example, suffering the vengeance of eternal fire.” [Jude 7; cf Heb 2:1-3]

Which brings us to the final point. We start to rationalize by saying, “a LOVING God would never send anyone to hell.”

This last point encompasses the previous three. Many denominational preachers have said that they won’t speak about sin or hell as it’s too negative. One said, “”No, I really don’t, because it’s a different approach.” This is a direct contradiction of how Paul preached;

We ought not project what we want onto our Creator; “”For My thoughts are not your thoughts, Nor are your ways My ways,” [Is 58:8]

HELL IS REAL. As these scriptures describe.

Friends, Hell is real and we don’t want anyone, even our worst enemy to go there.